A footwear design proposal relates to a document that enumerates the different new prototypes of footwear. This is a professional document and hence the information needs to be organized formally and carefully. The proposal is presented by a footwear designing company elucidating their plans to their prospective customer and clients so as to receive maximum acceptance. 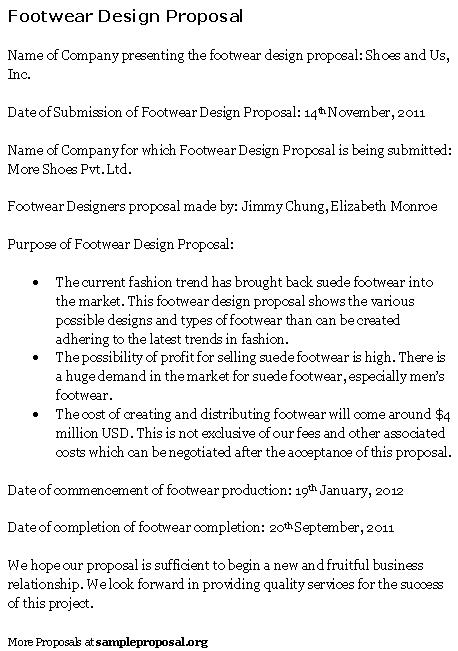 Name of Company presenting the footwear design proposal: Shoes and Us, Inc.

Name of Company for which Footwear Design Proposal is being submitted: More Shoes Pvt. Ltd.

We hope our proposal is sufficient to begin a new and fruitful business relationship. We look forward in providing quality services for the success of this project.